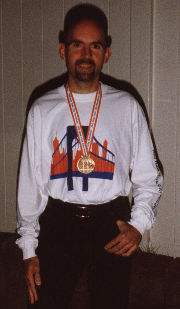 This is page two of my awesome New York adventure… The gun is about to go off.   It’s crunch time!

The elite men would stay in a large pack for much of the race. A new women’s record would be established. But what about Marathon Man? Could he break his own P.R.? The race started at 10:10am and we were about to find out!

As I mentioned earlier, Sean “P. Diddy” Combs had heavily publicized his run. According to associates, he raised over $2 million, much of it for NY City schools.

Race gets underway under a brilliant sun
I was herded into my corral (the 13,000-13,999 group) and got in precious little last-minute stretching. When a couple people tried to escape the corral, armed soldiers ordered them back in. After 20 minutes, we were let out to walk/jog to the start area near the tollbooths. More waiting. The National Anthem. At 10:10, the gun sounds. New York, New York is playing and we’re bound for glory!

Since I had a Red bib, I ran east in the westbound lanes of the bridge, which afforded me a good view of the helicopters overhead and the fireboats saluting us with red and blue colored water below. Blue bibs were to my right, and Green bibs unfortunately got to take the lower level to Brooklyn. The congestion slowed me somewhat, but not as badly as I’d feared, partly because I had a good starting number. Running felt good and the 60 degree temperature felt great. 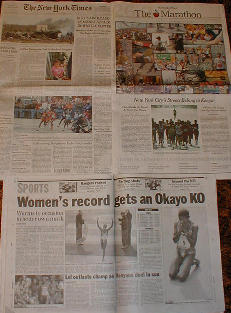 Brooklyn – Water, Pitstop and lots of Music!
It didn’t take long to sense the excitement in the crowd. They lined both sides of 4th Avenue, cheering loudly. I took advantage of having my name written on the front of my singlet by running close to the spectators. By the end of the race, I’d feel like a rock star, having had hundreds of people yell my name, with comments like:
“Ray, you’re the man!”     “Go for it, Ray!”     “Looking good, Ray!” …

I nodded my head when they called me. I gave high fives and low fives. I laughed at the kids handing out water while dressed in raingear. Music filled the air with a different type of band on every other block. Rock, Jazz, Bagpipes, boomboxes, a guy sitting on his 2nd floor window ledge playing sax. Everyone was cheering – whites, blacks, Puerto Ricans, hecitic Jews, Asians. New York at it’s best.

I made the sign of the cross each time we passed a Catholic church. Passing mile 4, I noticed a park with a hedge of bushes near the street. The opportunity to water those bushes was not to be passed up. Out loud I said “those bushes look mighty good!” and the runner ahead of me immediately agreed and veered off to help me water them. 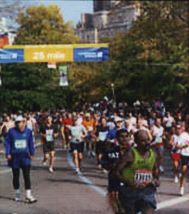 Where’s P. Diddy? – the course merges
Getting used to the size of the crowd in Brooklyn made me anxious to feel what it would soon be like in Manhattan. People were screaming questions regarding the whereabouts of P. Diddy. I smiled, knowing he was safely behind me. It wasn’t until about a third of the way through the race that the red, blue and green courses finally merge, so that the pack can spread out a bit. The size of the crowds seems to grow from one and two deep to 3 and 4 deep and they just get louder and louder. I grabbed water at each stop, spilling half of it over my head to stay cool. Lemon-lime Gatorade was served at every other stop and I slowed to a walk as I sipped it.

Halfway Home – Welcome to Queens!
The Pulaski Bridge brings you into Queens, as you take in the Manhattan skyline to the left. It’s the first challenge in a while, due to the combination of an incline and span of very few spectators, but at least it brings you to the midway point. With a time of just over 1:48, I was close to my target of 1:45 (a 3:30 marathon) and felt no particular soreness. For a few miles I had felt a little side stitch (stomach ache), so I backed off a little on water/gatorade consumption and it went away. At mile 14, I walked as I chewed half of a granola bar that was bouncing around in my pocket.

Queensborough Bridge – Finally some peace and quiet!
The couple miles through Queens is mainly an industrial area, with fewer crowds, until there’s one last large group of spectators before the bridge. Once on the bridge (lower deck under the train tracks) it feels like half-time of a football game. There’s noone cheering you on. The only sound is that of footsteps as runners climb to the apex. Everyone is serious…but everyone is anticipating what lies on the other side. As we start to descend, we can already hear the roar of the crowd from half a mile away. The famous spiral from the bridge to get onto First Avenue is a rush and the wide, straight boulevard stretches before you. Tons of people. Lots of signs for particular runners (and of course, P. Diddy). They’re still calling out my name, although it’s less noticeable due to the general roar of the crowd. This is what it’s all about. This is why any marathoner must consider coming to New York. It’s a little less personal than Brooklyn, but it’s a larger scale.

First Avenue – Is it in you?
First Avenue runs a long way. Miles 16 through 20 show you what you’re made of. Legs start getting tired, but it’s too soon to count down the miles to the finish. Each water stop is an oasis and I crave the Gatorade locations for an excuse to walk a few steps. Crowd support gets more important as you need any advantage you can get. Mile 18 gives you some Power Gel for a boost of energy. At 18.5, cool, wet sponges are given out and I happily keep mine to wet at the remaining water stops, since the temperature is now in the upper 60’s.

The Bronx – Survival of the Fittest

The short climb of the bridge into the Bronx is not easy, and it’s a very tangible example of “the wall”. Red carpet covers the grated sections, but you don’t really feel like a VIP at this point. Salsa music. Heavy Metal. More bagpipes. It all helps at this point. After a mile, it’s a great feeling to finally turn back south into Manhattan for the home stretch, but the final five miles are no walk in the park! 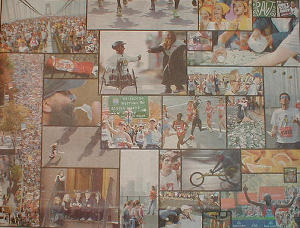 Fifth Avenue – Just do it!

OK. By this time, crowd support has become crucial. As marathoners take walking breaks, they’re urged to keep up the pace. The crowd is awesome and plays a role in the race. Five miles to go is equivalent to 3 laps at Delcastle Park. First Avenue gradually rises and it takes more and more concentration to resist the urge to stop and walk. We’re running down the east side of Central Park and my pace has slowed. With two miles left, I start feeling cramps in several places, including my right hamstring, which has never bothered me before. Not quite panic, but I pray and it eases up as I run through it.

Glory!!!!!! – the final mile
My last walk break is at mile 25 and break back into a trot. No more stops. The crowd won’t allow it. I’m right near my Anchorage pace, although hopes for a PR are dwindling. Approaching the southeast corner of the park, we enter and make a long curve to the right. I know I’m going to finish, so I wave at the cheering spectators far away on the left, behind barricades. Several wave back. Another turn to the right and signs for the final meters and yards start to appear. I run between the grandstands, with the finish line in sight. As always, I raise my arms in triumph while crossing the line, then stop my watch, which reads a very unofficial 3:43:18. A medal is placed around my neck. Many congratulations are offered. Water. Gatorade. A bag containing an apple, banana, energy bar and Tylenol is gladly accepted. As I join my fellow warriors on our long, slow march out of the park, I’m happy. 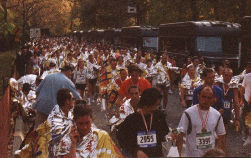 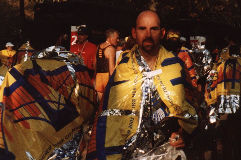 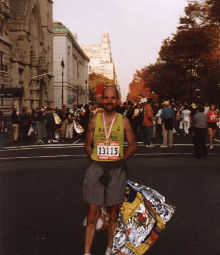 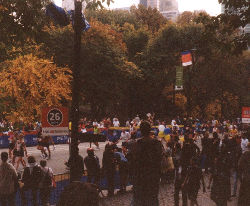 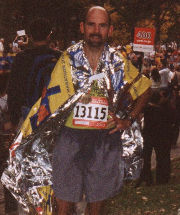 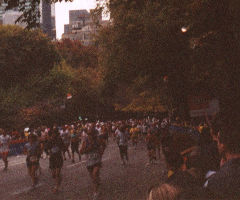 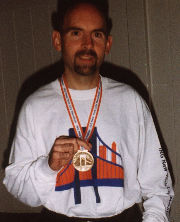 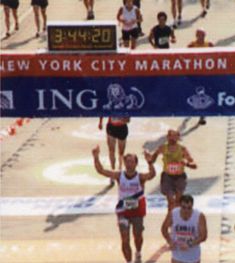 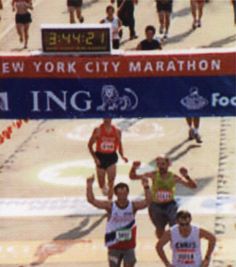 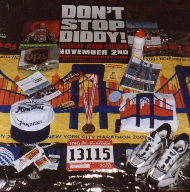