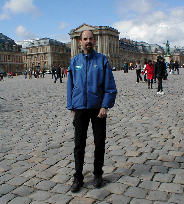 On Tuesday 4/6, half of our team boarded a train for a pleasant 45 minute ride to Versailles.

The palace is just a short walk from the train station and we soon found a long line to wait on in the chilly wind. Of course, it’s a magnificent place, inside and out. After touring the interior, we decided to skip a walk around the grounds due to intermittent rain showers. We also looked forward to a burger at McDonald’s!

Half of our team boarded a train for a pleasant 45 minute ride to Versailles. Our “combined ticket” included the train and entry to the Chateau de Versailles.

The palace is just a short walk from the train station and we soon found a long line to wait on in the chilly wind. Of course, it’s a magnificent place, inside and out, one of the most prestigious of the world’s heritage sites. King Louis XIII’s former hunting lodge was transformed and enlarged by his son Louis XIV, who installed the court and government there in the 17th century. The first wing that we visited included colorful rooms of various bold colored velvet wallpaper, stuffed with paintings and other works of art.

The Hall of Mirrors (1678-1686) was having it’s wooden parquet floor redone due to the tremendous amount of foot traffic it bears, so we could only imagine it’s full splendor. The king would pass through the Hall of Mirrors every day on his way to the Chapel, a huge cathedral size area within the palace.

Finally, we were impressed by the Hall of Battles, a large room containing huge paintings representing major military battles of French history. This is where our group finally caught up with the elusive Greg and Rose, who had been doing most of their sightseeing separately.

After touring the interior, we decided to skip a walk around the grounds due to intermittent rain showers. We also looked forward to a burger at McDonald’s! That’s right, the Micky D’s across from the train station had caught our eyes on the way into town, and the walking and cool temperatures stimulated a king-size appetite. (Can you picture Louis XIV munching on a Big Mac?) We were lovin’ it! Burgers and French fries was the biggest meal I’d had since Sunday’s race, so it tasted extra good. As soon as we boarded the train, a
five minute hail storm ensued.

I took another nice walk through the Latin Quarter, buying some chocolates for souvenir gifts. Happily, I was able to use my credit card, since I was dangerously low on Euros. Jack’s sister, who lives in Paris, wanted to see the group again, so she found us a small family-run restaurant just a few blocks from the hotel, where I had the steak dinner I was craving. As it turned out, their Floating Islands were better than we had experienced several nights earlier!

With this being our last night in Paris, we decided there was time for one more drink at a pub across the street from the hotel. Of course, Ray absconded with an empty beer bottle, especially important since the maid had already “stolen” two bottles from the room!

Our 1:30 pm flights allowed for little more than preparing to leave on Wednesday morning. I was joined by Mike and Rose for a 40 minute farewell run to the Eiffel Tower and along the Seine. Cool and damp, but not drizzling. It felt good, so I was satisfied that my legs were in great shape, with no soreness 3 days after the marathon. I then had time to shower and grab a bottle of Yop! (yogurt drink) at the mini-mart, just as I had done on each of the past two mornings.

A caravan of taxis brought us on the 30 minute ride back to the airport where I was dropped off at the wrong terminal and got some extra exercise. Nice terminal, and a super flight. I couldn’t resist the wine again, but took aspirin to prevent a headache. My movie choice was “Lost in Translation”. 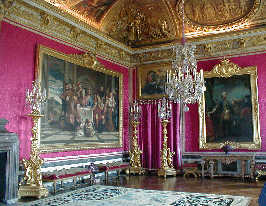 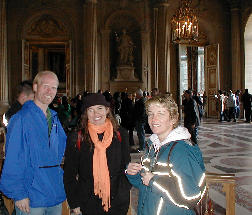 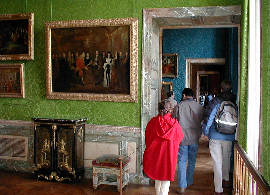 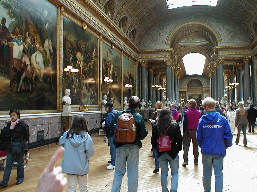 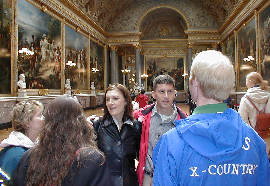 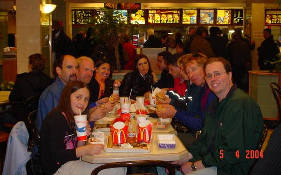 It was only when we arrived in sunny, warm Philadelphia that I realized we’d had cool and dreary weather for much of our trip. I also realized that we had a great time! 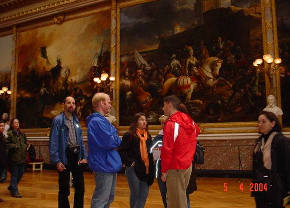 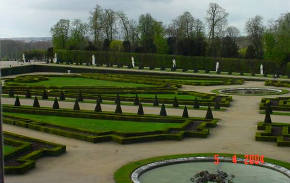 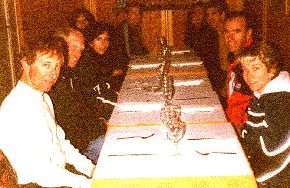 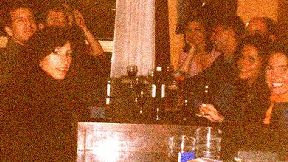 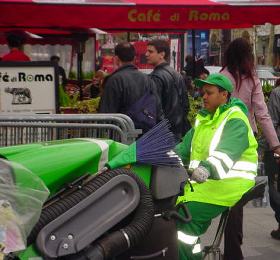 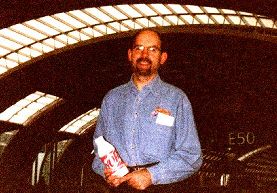 Catacombes
In the late 18th century, Paris decided it had a problem with its cemeteries, namely that they were full, if not overflowing. Faced with potential outbreaks of disease, not to mention aesthetic concerns, the city authorities decided to exhume the bones of the buried and relocate them in the tunnels of several disused quarries. The decision to do this was made in 1785 and led to the creation of the Catacombes. Visitors to this disturbing ‘attraction’ will find themselves 20m (65ft) underground, working their way along corridors
stacked with bones. People over 60 can get in for free, which says a lot about the French sense of humour. The tunnels, which were used by the Résistance during WWII as a headquarters, are south of the Seine.”> 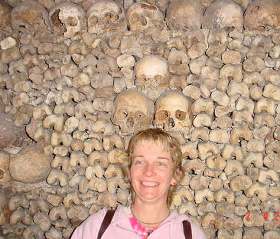 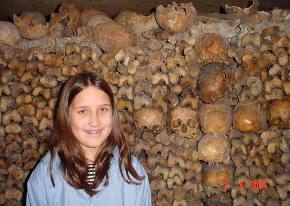