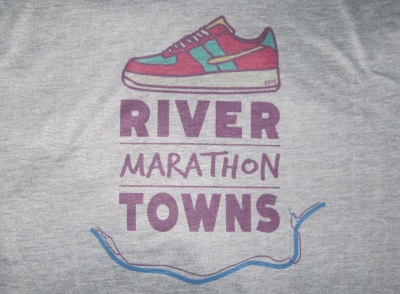 This is a “small” marathon. As the River Towns Marathon website notes, the “9th running of the Montour Area Recreation Commission’s River Towns Marathon and Half-Marathon and the Danville Business Alliance’s Spring Fling! Enjoy a morning of racing through some of the prettiest river valley scenery that central Pennsylvania has to offer, then spend the afternoon in Danville browsing the food, arts and crafts offered by roughly 200 regional vendors and Mill Street shops.”

Small Race for a Slow Runner

Susquehanna River
My previous marathon, Monster Mash, had been my slowest in 3 years and after a long, cold winter, I was still running with little energy. Caesar Rodney Half confirmed that. My 1:46:07 was almost 5 minutes slower than I’d averaged over the past 5 years. I had again considered Flying Pig Marathon in Cincinnatti, but since I didn’t have a travel partner, I was happy to find a lower key, more local event.

Just 69 Finishers!
The slower I get, the less excited I am about having thousands or hundreds of thousands of spectators cheering me on. But this was way over to the other end of the spectrum. I knew going in, that it may be the smallest number of participants in any race I’d done — including local 5K’s!!!. At least the out-and-back course would allow me to see all of the other runners.

Race Weekend
I’d combine the race with my monthly trip to visit family in the Catskills. 3 hours from Wilmington, it added just 80 miles to my overall driving. Departed Wilmington 330pm and hit traffic on I-95 and the Blue Route. Eased up on PA Turnpike, which I took to I-80. Arrived Danville with just enough time to check in at Red Roof Inn & drive 3 miles to Danville Middle School, where I grabbed my bib and got a great tip on where to carbo-load.

Original Italian Pizza
At 7pm, a cute family restaurant just off the main street of Danville provided me with a great Chicken Parmigian dinner, that required a walk up and down Mill Street to work off as the sun set.

Convenient Race Day Parking
Up at 520am for some warm up exercise, banana and peanuts. My long sleeve Big Sur shirt got the call and I’d wear gloves and a hat for 48 degrees at the start. Perfect weather and easy walk from parking to the start next to the Montour County Courthouse. I spoke with a first time marathoner while sipping coffee prior to the 7am start.

Perfect Conditions & Scenic Course
With less than 80 lined up to start, there was no stress. For the first few miles, I ended up running a mile each with a couple different guys. Most of the course was on a pretty road where we saw the river only part of the time. I didn’t watch my pace at all, just seeking to enjoy it. At around mile 8, we crossed the Susquehanna on a bridge to the town of Catawissa, which was totally asleep (even on my return visit). By now, the sun was warming things up a bit, but I kept my gloves on a bit longer. Body felt good, and I was happy with a moderate pace.

5 Miles of Trails
It was a nice change to run on trails for a couple miles, including the 2nd bridge – a very cool old railroad bridge now covered with soil. That may be one reason that this race is not certified, nor a Boston qualifier. A water stop with one man, and a photographer at the end of that bridge were the only non-runners in that whole stretch.

Once back on roads and approaching Bloomsburg, I looked forward to the turnaround, right around mile 13.1. I had planned to grab an energy gel, but just after the button-hook turn, I noticed that the table was about 20 yards off the side of the course. I initially snapped at the teenager, asking for gel and he got 2 Vanilla’s into my hand, so I thanked him a little more gently. Heading for home!

Seeing Runners
Seeing the runners in the opposite direction is always a welcome distraction during a race. At the turnaround, I was probably in about 12th place and noticed that my pace was pretty popular, so I’d have the additional pressure of wondering how many might pass me on the trip back. (It ended up being around 10, since I finished 22nd overall.) The railroad bridge on the way back was round mile 16 and now I was counting down the miles. by the time I crossed back on the 2nd bridge, the sun was definitely warm and while my legs were fine, I was losing energy.

Hanging On!!!
It grew pretty lonely for a while, as a couple runners caught me. But around mile 20, we were joined by the Half Marathoners, and now shared the course with them, coming and going. At least now I was never quite sure if it was a Full or Half participant passing me. By mile 23 I walked through a couple water stops, unable to consume more than 2 gels, since my stomach was no longer interested.

After mile 24, we ran up to do a mile or so along the top of a river levee, where I fought to keep running under the hot sun. Back onto pavement for the final half mile into town and I crossed the finish in 3:44:29.

Street Fair
Grapefruit, beer, and watched the tiny awards ceremony in the shade of the tent. The 3 runners finishing immediately in front of me were all women. I spoke with another woman who’d finished just behind me and discovered that the crazy girl was going to run Delaware Marathon the following week. I told her I’d see her on the course 4 times as a course marshal. Walked to the car to grab camera and came back to stroll through the crowded “Spring Fling” for 30 minutes, where I grabbed pizza and soda with the $5 chit given to runners. Then just enough time to take a quick shower at the motel and head to the Catskills for a couple days of work (which didn’t much help my legs recover). 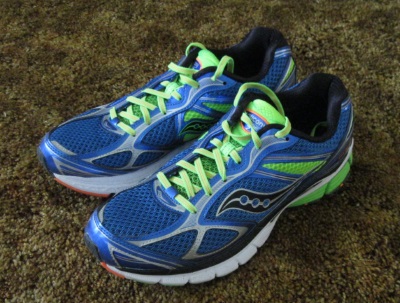 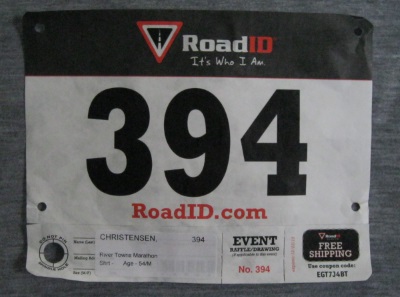 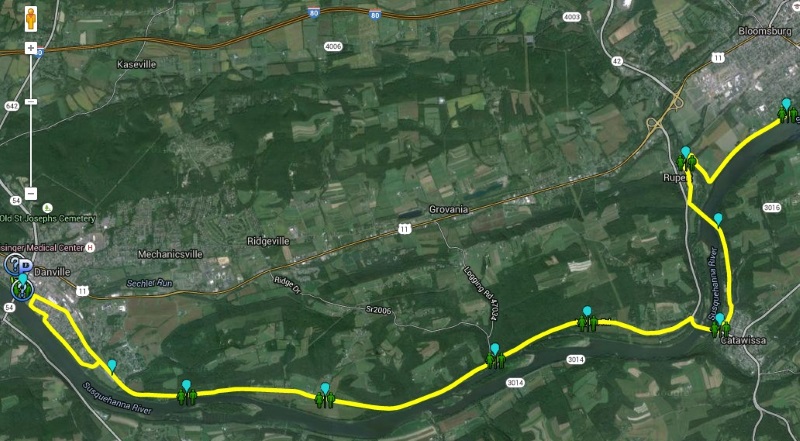 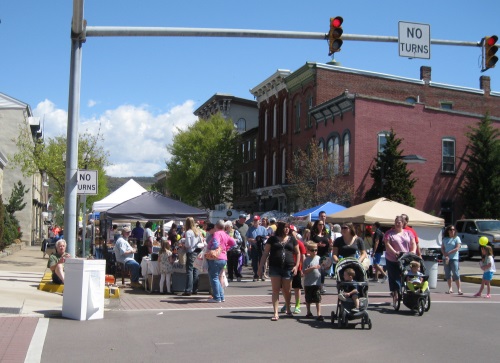 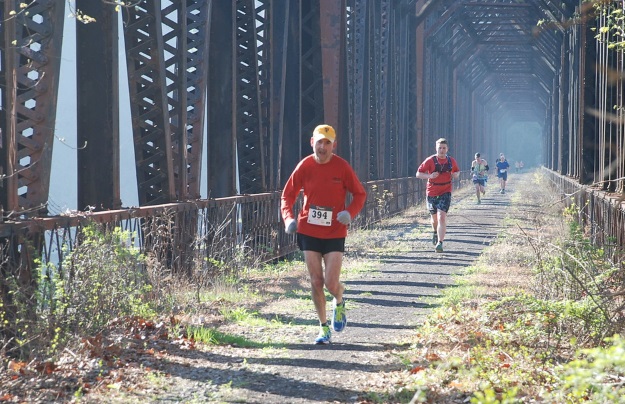 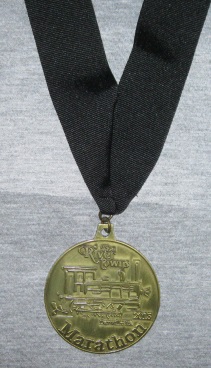 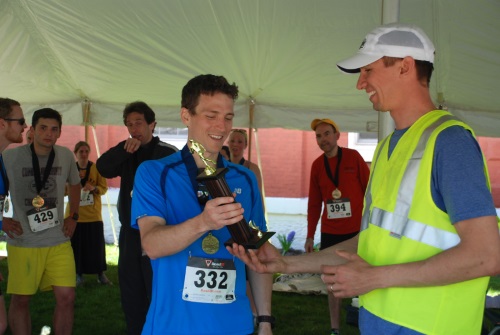 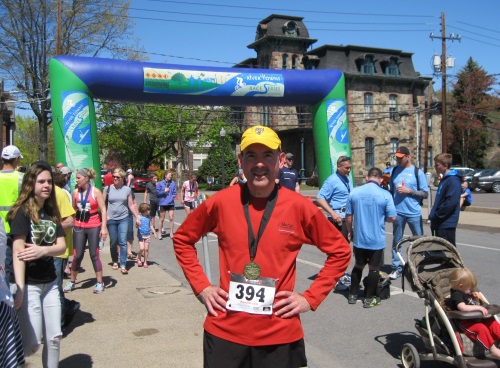