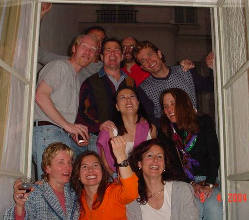 Monday included a trip to a cemetery, waiting in line to go to the top of the Eiffel Tower, and a celebration party.

It was a good day to stretch the legs with a little walking, but it turned out to be the perfect day for the team to let loose and share the joy of their accomplishments! Hotel Cayre was in for a storm!

On Monday, the group split up to visit various art museums (Musee d’Orsay, Picasso, Monet) and the some piles of bones… The Catacombes were formed in the late 18th century when Paris decided it had a problem with overflowing cemeteries. Faced with potential outbreaks of disease, the city authorities decided to exhume the bones of the buried and relocate them in the tunnels of several disused quarries.

Ray decided he needed something more upbeat than tunnels full of bones, so he visited a ground level cemetery instead. Jack, his girlfriend, Don and Rich had it on their agenda, so why not tag along? Pere Lachaise Cemetery is a tourist attraction, due to being the final resting place of numerous famous people. Americans flock there to see the grave of Jim Morrison of The Doors. It’s a large, hilly location and a man at the entrance sold us a map which pointed out the celebrity graves. Everybody seems to visit Jim first. We took photos of his grave, as well as Chopin’s and strolled around the impressive headstones and crypts. Ray navigated [superbly]. Jack’s girlfriend was chief photographer and seemed to have an eerie fascination with the whole place.

When we’d had enough of dead people, we crossed the street to have a lunchtime snack at a brassiere. I stared at an attractive French woman as she sipped her typically small cup of coffee. When we got back to the Metro, I decided to go solo and headed for the Eiffel Tower, since most everyone else had hit it already. As I stood in the long line at it’s base, constantly being approached by vendors selling armfuls of jingling souvenir paperweights, it grew colder and more windy by the minute. By the time I crowded into the cable car to go to the 2nd level, it was drizzling. Who knows how cold and windy it would be at the top?

Another chilly line prepared me for the final ascent. Not surprisingly, it was cold and windy at the top, but the rain let up enough to snap some pictures with my ancient Kodak 110 camera. Nice view. I wandered around along the Seine some more before walking back to the hotel to see what everyone else was up to.

It was approaching 5pm and the lobby was again our base camp. Darlise suggested some red wine, with baguettes and brie. Nobody had a problem with that and Lori and John volunteered their room for a little wine and cheese get-together. Within 20 minutes, most of our team was in the room and another wine run was imminent. Starting innocently enough, a celebration bash erupted and Hotel Cayre may never be the same again.

By the time it concluded (when we decided it was time to go out on the town), empty wine bottles lined the furniture. I’m not at liberty to say just how many bottles…. Way too many photos were taken. A little noise may have been made (we were later told that two rooms of guests requested change of rooms). Some wine may have been spilled on the bedding. No known casualties.

Eight survivors of the party headed for [that’s right, once again] Champs d’ Elysees, where we were advised to go to a particular dance club. It was hard to find and finally turned out that it only opened at 11pm, so we sat down for a drink at Planet Hollywood. It was now 10pm. Lori and John headed back to the hotel before the first drink. The bartender was entertaining and bought us a round of shots (which he set on fire). As it approached 11pm, Darlise headed for the Metro.

That left Don, Mike, Barbara, Erin and Ray to find more trouble. But trouble was strangely elusive! The first place turned out to be closed on Mondays. The bartender’s recommendation had a line in front, but when we approached the door, we were advised that it was a “private party”. We felt a twinge of anti-American sentiment which was confirmed when we went for a second try. A third location required the guys to be wearing jackets.

Eventually (at midnight), we were wandering down the Champs d’ Elysees and found Latina Café. For an 8 € cover, a drink was included. Type of music was no longer an issue. We just wanted someplace to let us in. As it turned out, the basement level club had a fairly standard house music format and we did some dancing while sipping horrible drinks. At 2am, we piled into 2 taxis for the ride home. 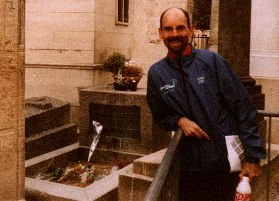 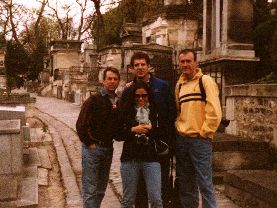 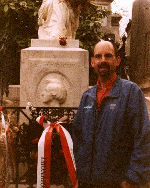 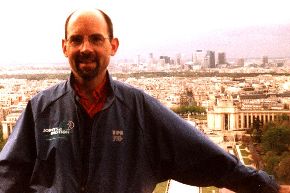 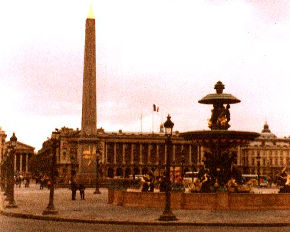 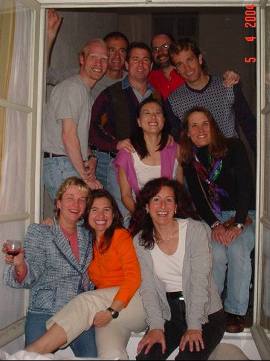 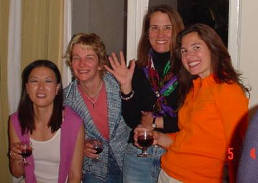 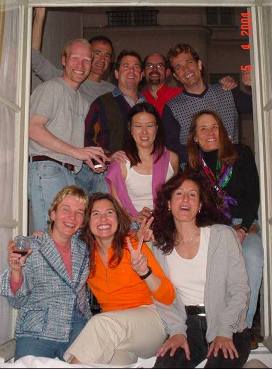 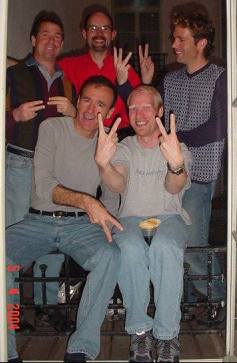 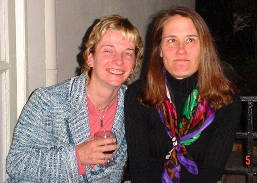 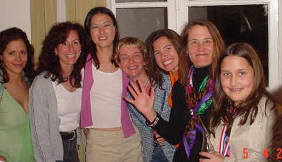 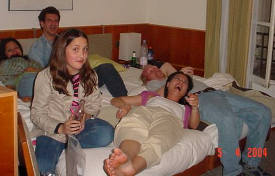 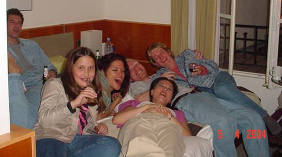 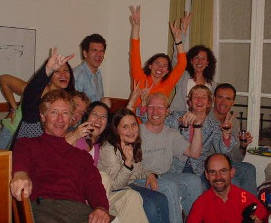