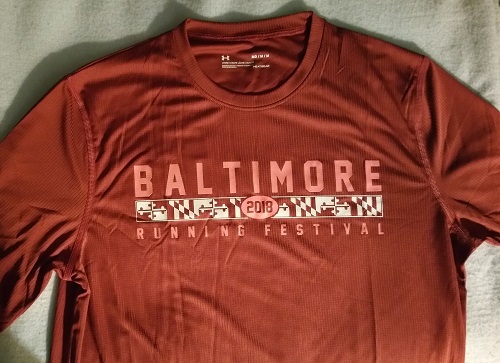 Ray’s Comeback Marathon for CRS
Scroll down for race recap
From the fundraising page I created:
Help me finish Baltimore Marathon while helping others across the world!
It’s been 3 years since my last 26.2 mile race (after completing 27 marathons since I turned 40) and you can help me finish! [I requested $10+ donations to Catholic Relief Services]:

As any endurance athlete will tell you, even with proper training a marathon can be as much of a mental challenge as a physical one. Any motivation can help (and take your mind off the pain), so I’ll be running with a list of those who donate to Catholic Relief Services through my fundraising page and looking at it every few miles! Race day is Oct. 20


Tough Summer for Ray – this summer has been a bit challenging:

Training towards my “comeback marathon” will help me focus and give me renewed sense of accomplishment.

Why Running is Great

Become a Hero. Take on a Challenge.
Besides being part of my “team”, consider your own challenge such as…


Baltimore Recap
Just 82 miles from my house, Baltimore is just about close enough to drive their on race morning. However, runner bibs had to be picked up at the Race Expo on Friday, so I needed a room. Using Airbnb for the first time, I found a place just 2 miles from parking, start and finish. It also turned out to be just 2 blocks from the 10 mile marker on the course! 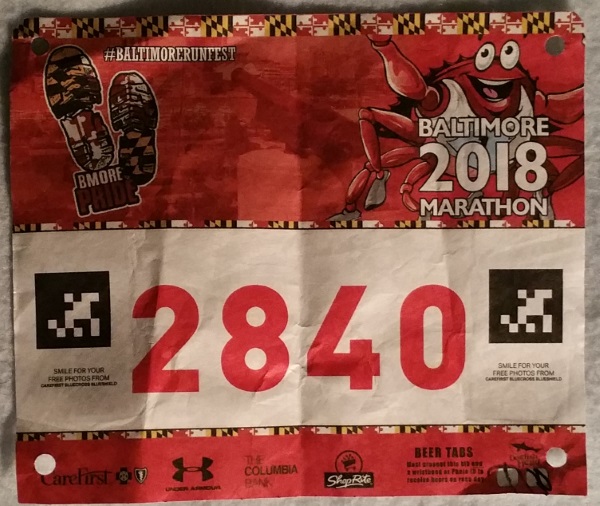 With my Friday afternoon 215pm departure, I-95 traffic was generally good. Parking for both the Expo and race were at the Raven’s football stadium lots and a shuttle bus brought us about a mile to the Convention Center downtown. It would have been faster to walk, but gotta stay off the feet!

Pasta & Relaxing
Right on schedule upon leaving the lot and just 3 turns on city streets brought me to Fort & Webster, where I found the perfect parking spot. Michael was not home, but a lockbox let me in just as instructed. Settled in, said hi to the cat and walked 2 short blocks to enjoy some Chicken Parmesan at Ledo Pizza (which happened to be donating 35 pizzas to one of the charities at the race). Laid out my battle gear, hydrated and relaxed while watching Dodgers-Brewers playoff game until lights out at 1030pm. 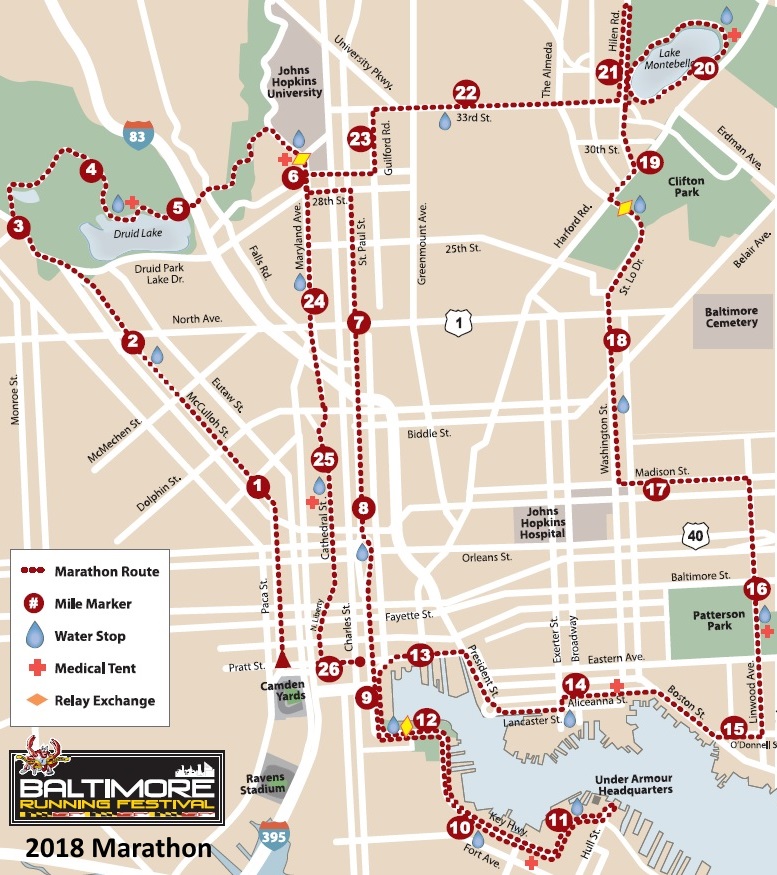 Race Morning
Up at 530am to stretch, exercise, put in contacts and drive back to the stadium where I there was also a convenient porta-potty nearby. It was 55 degrees and humid, but no rain or wind. No need for my hat or gloves. Wearing my Nun Run 5k and Alzheimer’s rubber bracelets on one arm and my 4:15 pace band and post-race beer band on the other, I put my gel and keys into my Race-Ready shorts and walked to the race start, on the other side of Camden Yards. Convenient bathroom was used twice, I downed my 5 Hour Energy and enjoyed a few minutes of sitting on a curb with the other 3,000 marathoners and maybe 3,000 more leg 1 relay runners.

Race Start
8am start and I started with the 4:15 pace group with primary goal of finishing in under 4 hours. 4:15 would make me happy and any better would be be a complete triumph. I was glad that the first few miles were generally uphill, since that would prevent me from starting too fast. It was crowded running up Paca and McCulloh Streets, lined with stores and brownstones. After 2 miles, I needed to leave the pace group behind to find more space and stretch my legs. 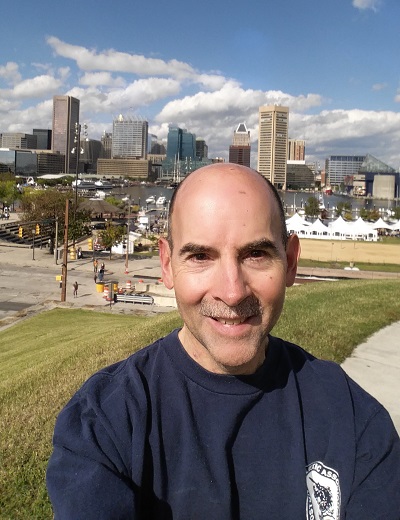 Baltimore Zoo
Miles 3-5 were through a park with rolling hills that contained the zoo. Some of the employees lined the course holding various exotic birds and other animals. A few downhills caused me to catch the 4 hour pace group. I knew I didn’t want to get far in front of them at all, but a couple miles of downhill led us back downtown and I stayed in front of them (until about mile 22).

Dancing Girl
Down the hill and for several miles on the flats around the Inner Harbor, I let a lady with 2 braided pigtails pace me since she was cute and broke out into a little dance with her arms in the air a couple times since she was listening to music. In other words, she was the perfect distraction. Mile 9 brought us past the loud, crowded finish area, where the 5k had recently completed and half marathoners would soon line up for their 945am start.

Dancing Girl led me down Key Highway (past my Airbnb) to UnderArmour headquarters and back to the finish area near mile 12.5. The Half race started just after I passed by the 7,000+ in their corrals. We had a few miles of “peace” until they’d join us at mile 16. 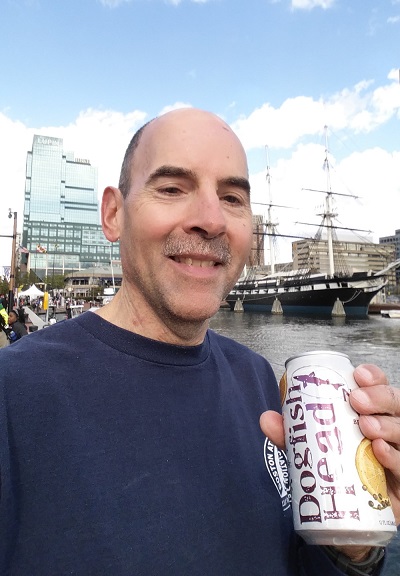 Inner Harbor and 13.1
A couple flat miles around the Inner Harbor brought great waterfront views and impressive buildings, and I had even said “hi” to Dancing Girl while passing her. At the halfway point, I was ahead of 4 hour pace by a couple minutes. All was good! Although I knew that there was no way I’d do a negative split and I also knew that my legs were feeling some fatigue. I had done my gel at 8 miles and was now chewing on some Gu Energy Chews I had picked up along the way. Dancing Girl ducked into a porta-potty. That made me sad. Knowing that a series of uphills was about to start also made me sad. At mile 16, I saw the merge with the Half runners and I was downright depressed;-(

Uphill Challenges
By mile 17, I was consistently walking the water stops, alternating water and Gatorade. Then I was doing 30-60 second walks on some of the upgrades. It remained crowded and mile 20 was on a mile-long flat stretch around pretty Lake Montebello. It reminded me a little of Newark Reservoir and a little of the Disney Marathon course. Great volunteers and spectators, but it would be tough the rest of the way (which still seemed more up than down).

Tight Quad & More Walking
Besides being tired and dealing with tight legs, starting at mile 23, my right lower quad started seizing up a little. It actually forced me to walk to loosen it back up. I was nervous that it could totally cramp, but walking allowed me to continue. Any more uphills could be unbearable, so the final 2 miles down Maryland Avenue were happy for me even though I was doing almost as much walking as running. 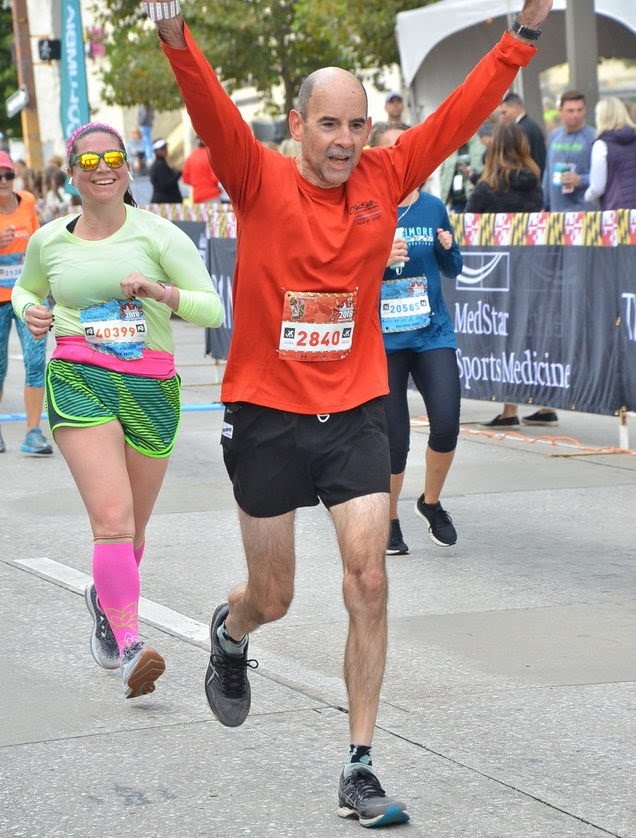 Victory & a Big Crab Medal
The finish line is directly at the corner of Inner Harbor. It was packed with loud 5k’ers cheering us on. The sun had poked out for the first time and I had enough of a kick left to raise my arms at the finish with a chip time of 4:02:49, much better than I had expected! It was even a minute faster than my “personal worst” at the 2009 Disney Marathon (where I had raced a Half the day before). I put the large finisher medal around my neck, grabbed a liter bottle of water and a banana and headed to the real recovery area…

Dogfish Head Celebration
My good finish time allowed me to enjoy the festive atmosphere, since my schedule was very tight. The waterfront was crowded with happy runners and some tourists. I stretched and got in one of the beer lines. You were allowed 2 Dogfish Head (yay Delaware!) beers, but I only had time for one Namaste White – which was heavenly. Even found the perfect park bench, where I was joined by a guy who had run a similar time as me. It was still cool, but very comfortable. My whole little trip had gone perfectly so far and I was going to get back to take a shower in time for 2pm checkout!


The mile walk back to Lot G was fun, and I didn’t get passed by other runners. Drove back down Hanover St. to Fort Ave and even got the same super parking spot across the street. Michael was not home, so turns out I never met my host, but he already had my room prepped for the people coming in that evening.
Showered and got back to the Inner Harbor in time for photos and my 2nd Dogfish Head!!! The Lord is kind and merciful! Sipped on that brew as I strolled past all of the Running Festival tents, the ships to tour, and National Aquarium. The runner crowd was starting to dwindle. I realized I’d get back to Delaware in time for 5pm Mass.

I knew that the extra walking after the race would mean considerably less soreness over the next couple days. My overnight trip to Baltimore had been a huge success and I realized that I now needed to focus on re-designing my non-mobile-friendly Marathon Man website and add this recap to it to share. 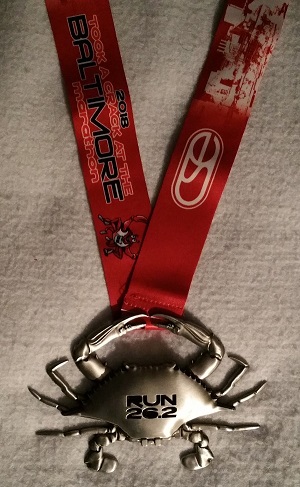 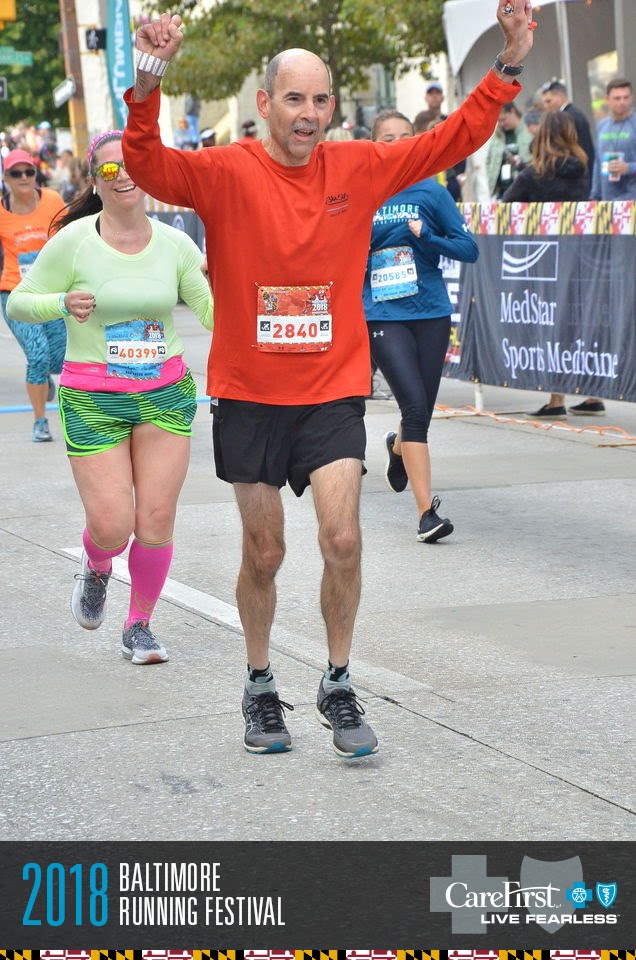 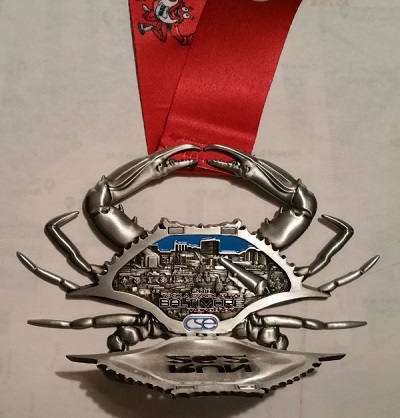 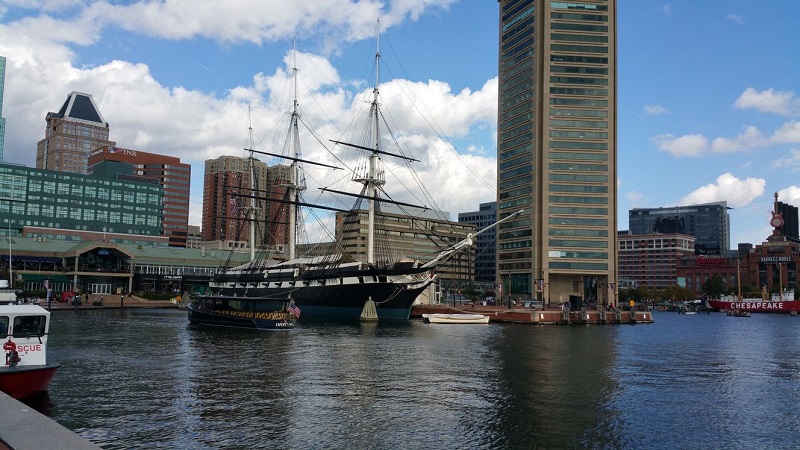