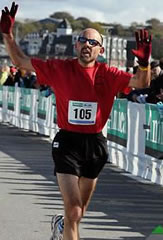 Going out too fast makes for challenging race!

Ray and 6 other Rebels ran the full 26.2 miles while 7 more ran as part of relay teams to run past mansions and along the scenic coast.

Saturday, October 18 was refreshingly cool. First half of the course covered gentle rolling hills along the shore, while the latter part of the race challenged us with hills and two-way traffic. 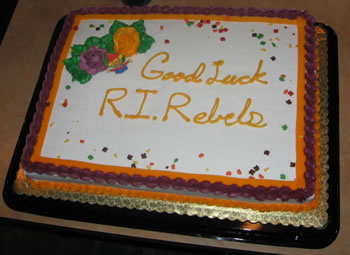 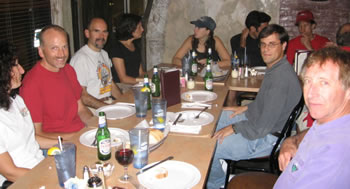 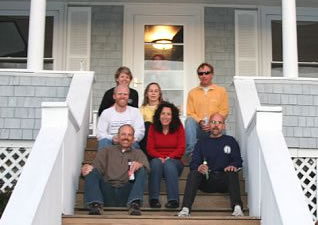 Hedgegate had 2 bathrooms for 14 runners 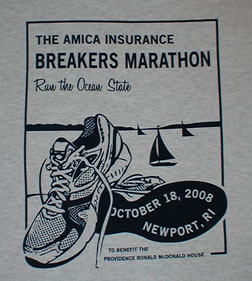 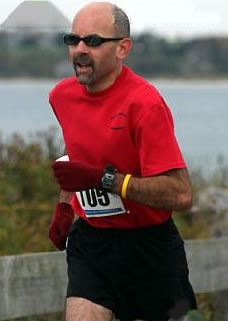 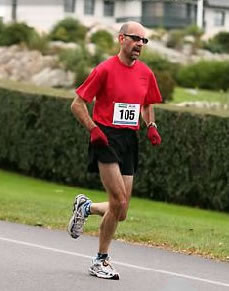 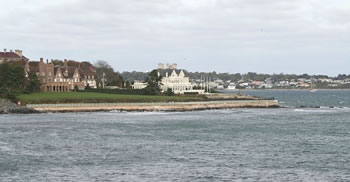 Mansions along the shoreline 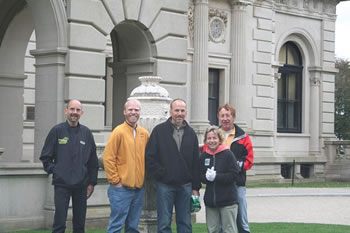 As is often the case, the Rebel Runners held a “send-off” dinner at Cafe Napoli on Kirkwood Hwy, in honor of those running the marathon. We had a large crowd of 28 after our Thursday evening run at Delcastle Recreation area. It’s become a Rebel tradition to have a “Good Luck” cake as well, following our big pasta meal. Friday was travel day since this was a Saturday race.

The weekend started with a great drive up to Rhode Island Friday. The views and Foliage were nice and the company on the ride up was good. We arrived at about the same time as the others (there were fourteen in our party) and found the house that we were staying at to be nice and in a great spot as related to the race. We were to have dinner (Walton’s style) at the house on Friday night…

There was a lot of traffic on the course so it was not always easy to navigate around. The climb from mile 20 finally ended around 23 miles and it was a decent down hill to the finish. There was one last climb just after 25 miles and I was glad I only had 12 miles on my legs at this point. It was short but steep.
— Vince

The house was large and perfectly situated to the finish of the race (as well as right next to a liquor store!). Rich hoisted the rebel flag as soon as we got there and it could be seen from far away…

We ended up discovering something about RI that none of us knew previously. We know RI as the smallest state and the ocean state but did you know that it is also the “lying state”?! Yes, this was confirmed after a race official told us the first half the course was “pancake flat” – NOT; We ordered pancakes on Sunday possibly thinking maybe they did have pancakes w/ hills – nope. We were told that there would be lobster at the finish – again another lie – and the water stops that were supposed to be every 3 miles – again – another untruth! So when playing trivial pursuit and the question comes up about which state is knows as the “lying state” you’ll know to answer RI!

Okay, seriously, while there were hills throughout the entire marathon… it was really, really pretty. There wasn’t a “bad section” through the whole race – the mansions (omygosh you have no idea – HUGE HUGE HUGE – like 120,000 SQ feet huge!), the ocean, the light house – really just very scenic!
— Screech

I came into the race running well, with a half marathon PR of 1:31 a few weeks prior and with fresh legs. The chilly, gray morning was fine for running and helped push me out to a 7 minute pace for the first 5 miles. Unfortunately, this was about 15 seconds faster than intended and I soon realized that I’d pay for it. That, combined with legitimate hills in the final few miles, spelled doom for Marathon Man. A slight headwind along the shore and a couple missing milemarkers didn’t help.

I saw several of my running buddies at various points, including a 2 mile out-and-back to a lighthouse before hitting the hills. Wes had taken a conservative approach and zoomed past me around mile 18. A steep grade around 23 brought me to a walk for at least a minute, since I had slowed to that pace anyway. I wasn’t alone!

The final mile was generally downhill and all in all, I was fairly content with my 3 hour 21 minute time. Several runners agreed with me that the degree of difficulty was equal to Boston. Things could have been worse… The next day was downright cold and blustery while we toured The Breakers and Marble House mansions. 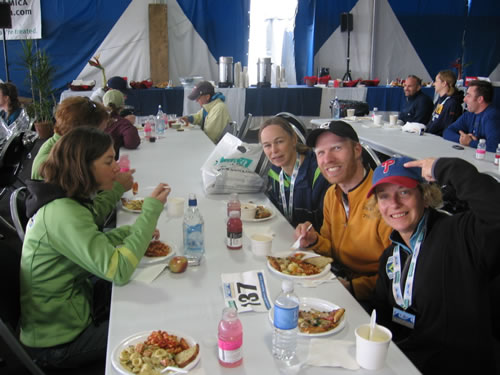 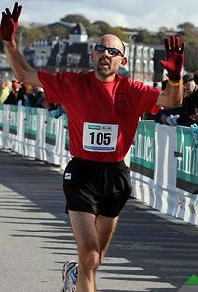