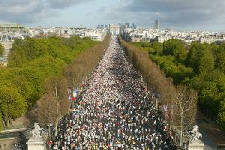 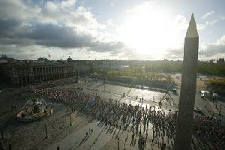 Glory in Paris: April 4, 2004
17 people made up the team of runners and support staff representing Pike Creek Valley Running Club and the state of Delaware for the Paris Marathon on April 4, 2004.

Our week-long adventure in France captured the flavor of Paris while sighteeing, enjoying restaurants and bars, and of course running 26.2 miles through the city streets. After losing 2 participants to injuries, eleven completed the event, where several posted personal records. 3 members made their debut at the 26.2 mile distance.

Wednesday 3/31/04 – Team Delaware boards 2 planes
Most of our group flew on US Air, while Ray was joined by Mike and Lorri’s family on Air France. It was a busy day, since my overnight shift allowed for only a 2 hour nap before a brief 4 mile farewell run at Delcastle. Rich was also at the park for a last minute warm-up. Along with Lorri, Jerry and Maria, I shuttled to Philly airport in plenty of time for our 6:15 pm flight to Charles De Gaulle.

After a one hour runway delay, the seven hour flight was decent, though cramped. The Russian sitting next to me spoke little English. My right kneecap grew sore due to no leg room and the French wine gave me enough of a headache to prevent good sleep. So I watched “The Last Samurai” and enjoyed the food. 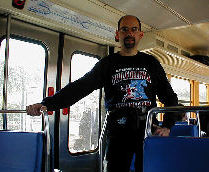 
Mike and I walked around De Gaulle airport changing money and asking numerous people for directions to the Metro train. After buying a 47.50 Euro 5-day pass, we finally located the train for a pleasant ride into Paris. We switched lines once and rose from the subway in the midst of a labor demonstration. We marched with them for a while, while getting conflicting directions to Boulevard Raspail. After a 45 minute walk, we entered the lobby of the K+K Cayre Hotel to find most of our teammates waiting.

I shared a nice 5th floor room (and a single electronic key) with Don. At around noon, we were wandering the streets, enjoying a great sandwich lunch and window shopping on Blvd. St. Germain in the Latin Quarter.

Most of the team took the Metro to Sacre Coeur (aka Basilique du Sacre Coeur de Montmartre), where we climbed a long but colorful winding staircase to get to the foot of the hill that the church is built on. More steps brought us to the top of the hill. We toured the interior and then searched for the entrance to the tower for yet another climb up a spiral staircase to the top. The outstanding view of Paris was worth the effort. Greg probably wouldn’t agree, due to lingering leg problems.

Back on the ground, we enjoyed a pasta dinner in a large courtyard area filled with artists selling their wares. Some delicious crepes topped off the evening as dusk settled. We were a tired group upon getting “home” to the Rue du Bac station, just across the street from the hotel. 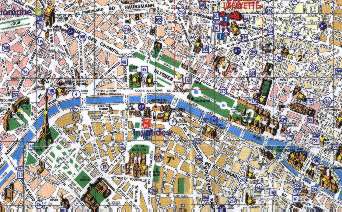 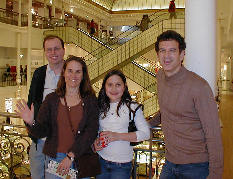 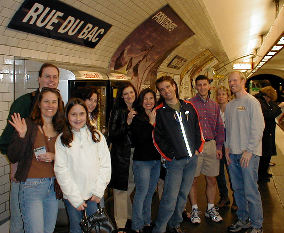 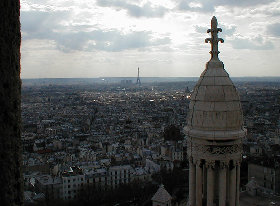 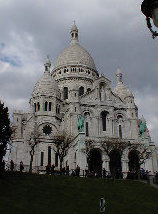 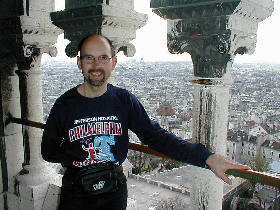 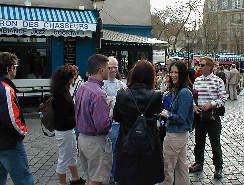 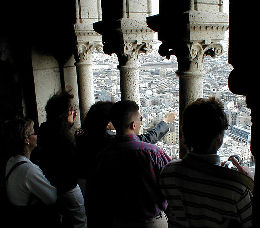 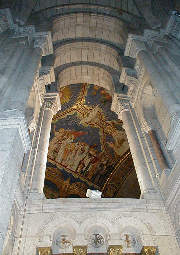 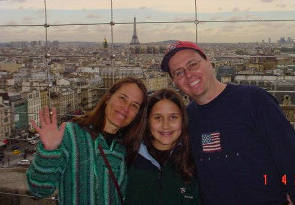 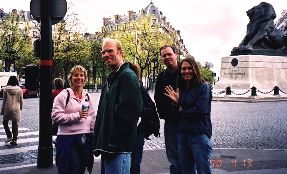 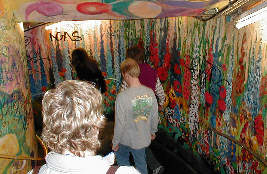 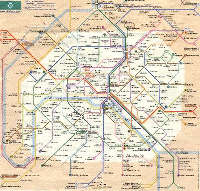 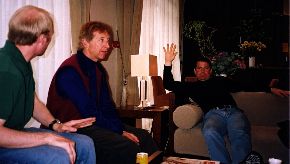 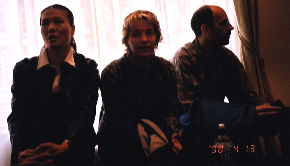