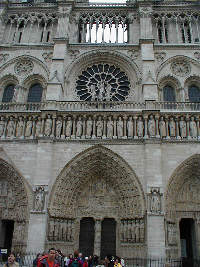 Friday included a training run, trip to the race expo, and tours of Notre Dame cathedral and Ste. Chapelle.

Saturday would call for the “international breakfast run”, strolling around the Louvre, and our team’s
pasta dinner at a restaurant on Avenue Des Champs Elysees. We had to find the right balance of sightseeing,
rest and food!

7am in the lobby for a 40 minute run in the cool drizzle with Chris, Darlise and Lorri. We crossed the Seine, ran up Champs d’ Elysees to the Arc de Triomphe and back to Hotel Cayre. Shower, shave and join the group for a metro ride to the marathon expo. It was a fair sized running expo where we started by picking up our race packets. Then we visited booths of various shoe and sports drink vendors, were handed brochures to every marathon under the sun, and bought our “official” Paris Marathon souvenirs.

An early afternoon walk started at a Brassiere for sandwiches and continued along the Seine to Notre Dame. We toured the impressive interior and many waited on line for the stairs to the bell tower. This is where I split from the group, walking around the outside of the cathedral, then along the crowded streets to Sainte-Chapelle. This church is renowned for it’s stained glass windows and is within a government palace (Palais de la Cite) housing the Paris law courts, which I later visited. Sainte-Chapelle was built from 1242-1248 by Saint Louis (Louis IX) and was designed to house the relics of Christ’s Passion, including the Crown of Thorns.

I rested in the lobby as others from the group wandered back in from their afternoon of sightseeing. Time for another good meal at a local restaurant, highlighted by our choice of deserts. The Floating Island attracted our interest, but we were disappointed when it failed to live up to it’s billing. It was more of a mountain of mush.

It was 10pm, but the night was young in the City of Lights, so six of us hit the metro for a nighttime visit to the Eiffel Tower. When the train rose above ground, we could catch glimpses of the well-lit tower down each side street that we passed. Several times, we pointed it out to Barbara, only to have her turn around once it disappeared behind buildings. That was good for a laugh as we piled out of the train for 10 minute walk to the base of the tower. Not only is it lighted, but periodically, thousands of bright strobe lights cause it to twinkle for several minutes. Residents in the area had better have dark curtains if they want to get to sleep early. It was too late to head to the top, so we rode back to the hotel for a midnight drink at the bar.

Jack and Don joined me for a short Metro ride over to the starting area of the International Breakfast Run. With flags waving and a band riding on the truck in front of us, the leisurely 10 minute/mile pace made it difficult to avoid tripping over fellow runners. Snacks after the run were good: donuts, juice, bananas, coffee and power bars!

My afternoon was spent wandering to and through the awesome Louvre museum. I had intended just to walk around it’s surrounding parks, but ended up at the entrance and at €8.50, it’s a great deal. Of course I paid my respects to Mona Lisa and Venus di Milo. I also tried to sit as often as possible to save my legs for the next day. That wasn’t easy, since it’s such a colossal museum.

I bounced back and forth between the Denon, Sully and Richelieu wings. After 3 hours, I wasn’t sure which floors I’d seen on which wings. Let’s just figure that I saw about half of it! I enjoyed the sculpture gardens and viewed enough paintings from the French, Italian, Flemish and Dutch Schools of the 17th and 18th centuries to last a lifetime.

Jack’s sister arranged for our team to have our pre-race pasta dinner at Pizza Pino, an attractive restaurant where we took our seats upstairs, overlooking Avenue Des Champs Elysees. Everyone was in good spirits, but Rich enjoyed it the most. He was given a large desert that came with a very tiny spoon. While picking it up with a bewildered look on his face, he voiced his dismay loudly enough for our entire group to hear. As it happened, the waiter was directly behind him, listening to his complaint of not having a decent size spoon. Without missing a beat, the waiter whisked the tiny spoon out of Rich’s hand and placed a huge serving spoon on the table in front of him. Rich couldn’t control his laughter, which was contagious. Very helpful to the pre-race nerves!

Back in the room, Don and I went through the “night before the race” ritual of laying out our gear and re-reading the marathon guide for the fourth time. Weather for the morning was questionable. 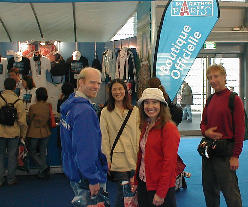 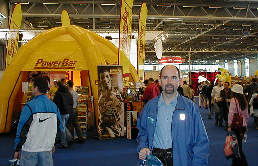 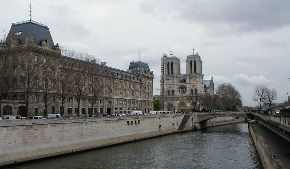 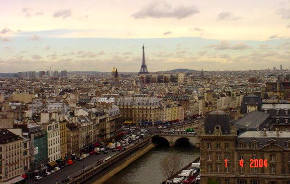 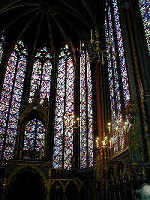 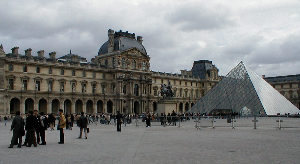 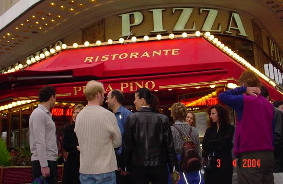 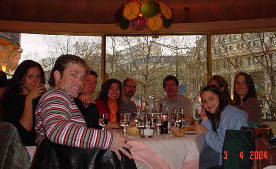 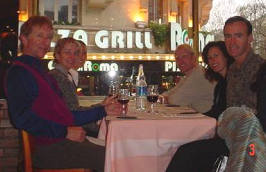 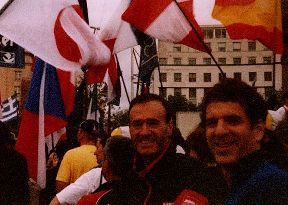 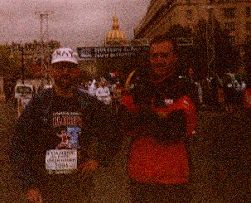 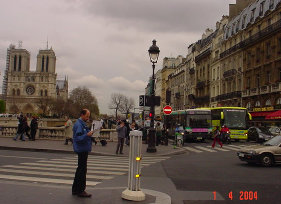 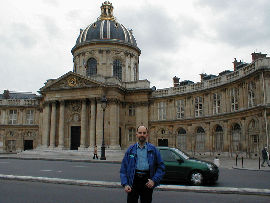 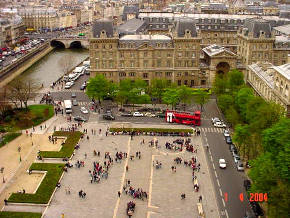 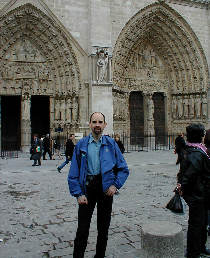 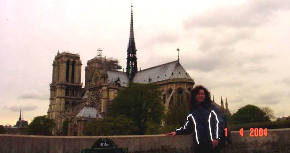 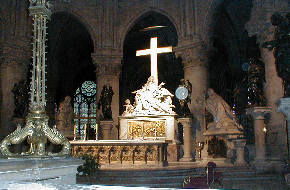 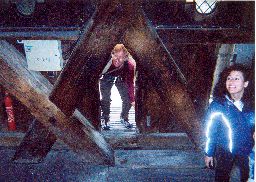 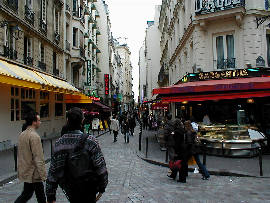 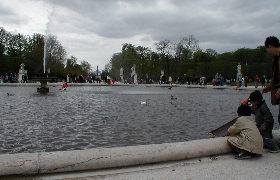 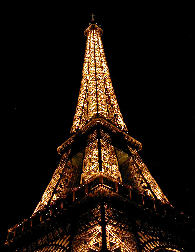