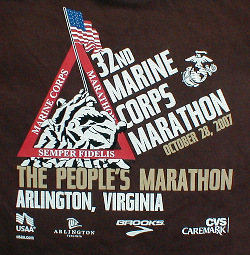 Ray battles through 26.2
A contingent of the Rebel Runners of Delaware stormed the Capital on a cool, breezy October 28. A few hills challenged us, but monuments, Marines, and boisterous crowds provided inspiration all the way to the finish.

Marine Corps Marathon (MCM) is one of the most popular distance races in the nation and sells out within 2 days when registration opens in May. Fittingly, Marathon Man spent the weekend at his former Navy shipmate Mike’s place in Springfield, VA, taking the Metro to the start and back from the finish. But the Metro proved to be nearly as difficult as the race! 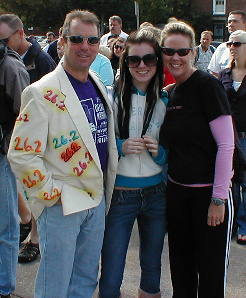 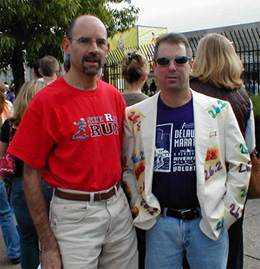 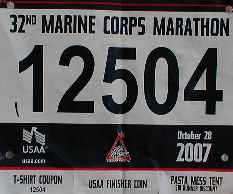 I had been looking forward to running this popular race for some time. Several Rebels had participated in previous years and I knew that I could stay with my Navy buddy Mike, who lives in Springfield with his wife and daughter. On Saturday morning, I drove the 2 hours from Wilmington, just after some heavy rains. Weather would be picture perfect for the rest of the weekend.

Enroute to the Race Expo, I briefly tuned in to a Rutgers football game– significant since I was wearing the “Watch Ray Run” t-shirt that fellow Rebel Megaphone had gotten me at a game he attended. Ray Rice was a Heisman hopeful. Ray Christensen was “PR” hopeful. To continue the coincidental side story, I also heard parts of the Navy/Delaware game.

Ran into “Sit Down” and “Screech” on line for the expo, which had the most food give-aways I’d ever experienced. Cliff bars, Goo, Sport Beans, drinks,… Runners heaven! Got to Springfield in time for some college football scores before meeting the Rebels for dinner near the marathon finish area. 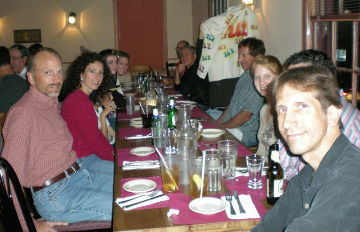 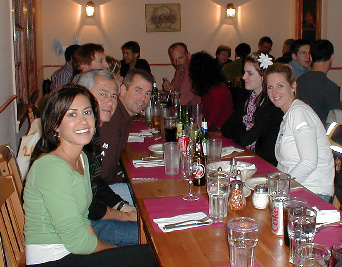 From an email I sent to the group after the race:
Monday morning and I’m still totally fatigued. The race knocked the crap out of me and as I mentioned to several at our post-race gathering under the “R”, I’m trying to figure out the reasons (excuses) that I hit the wall at mile 18. Primary reason is probably that at that to that point I was on a really fast pace for 3:10. But I felt it starting to slip away during the brutal, boring trip around that golf course on the river. While crossing the Potomac to Crystal City, the 3:10 pace group passed me with authority and I had no answer. Quite demoralizing! I knew it would be a struggle the rest of the way.

By the last mile, I was barely jogging and even walked for a minute or two. Real happy just to hang on for what was actually my 2nd fastest marathon. It totally cheered me up to eventually see most of our group afterwards.

It was very cool to run with Falcon’s daughter Courtney for several miles, even though she eventually passed me twice enroute to a brilliant sub-3:13!

Please tell me I can also use excuses of a little breeze and a couple little hills!! 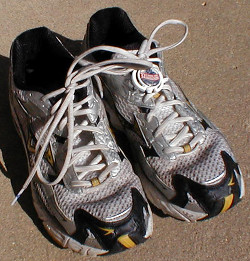 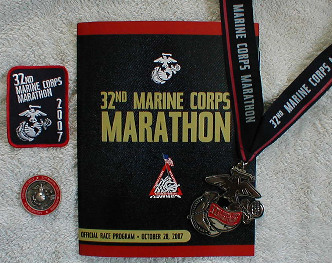 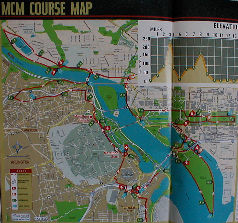 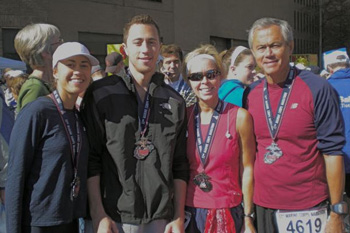 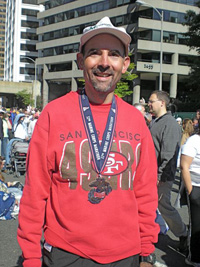 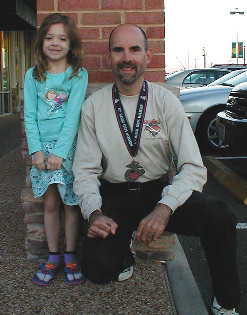