Actually, there were somewhere between 50,000 and 75,000 runners and walkers, but who’s counting? I flew in to San Francisco on the afternoon before the race. On Sunday morning, I caught a 610am BART train from Castro Valley to the Embarcadero station in the city.

It was already sunny at 7am (unusual for S.F.) when the air was filled with flying tortillas, a B2B tradition. The constant pelting with tortillas continued for an hour until race time.

View movie of Flying Tortillas prior to start of race

The Examiner Bay to Breakers has become an important part of San Francisco history.

The 12K (7.5 mile) race starts at San Francisco Bay and crosses the city ending at the breakers at the Pacific Ocean. Each year more than 75,000 runners, ranging in athletic ability from couch potatoes to elite athletes, fill the streets.

The race was created in 1912 to lift the spirits of San Franciscans during the tedious reconstruction following the 1906 earthquake. Runners have been known to dress head to toe in crazy costumes. No one really knows how the phenomena started but the costume portion of the race has become its defining characteristic.
Amid the havoc hide the elite athletes. Fifteen of the world’s top athletes compete on a world record course, which includes the well-known challenge of the Hayes Street Hill, for a $60,000 purse. 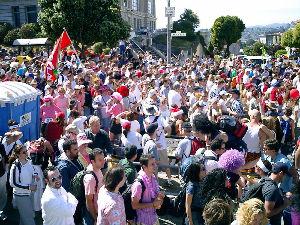 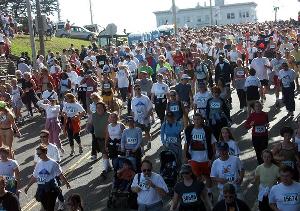 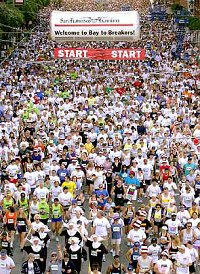 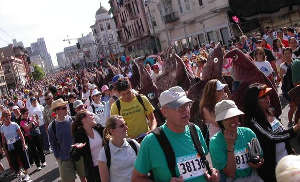 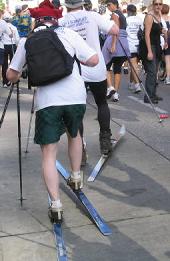 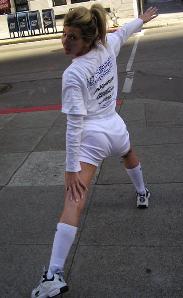 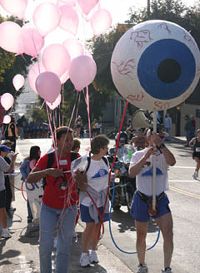 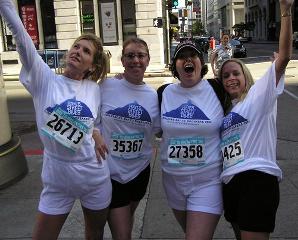 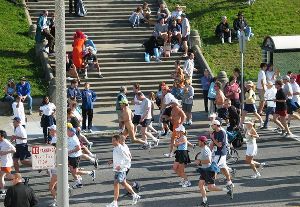 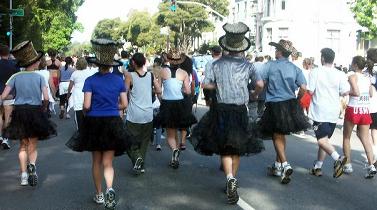 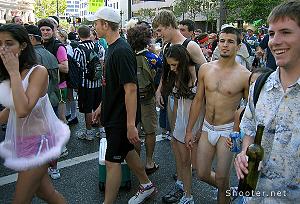 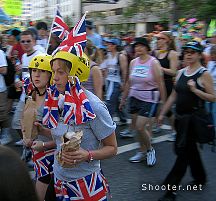 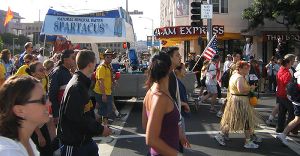 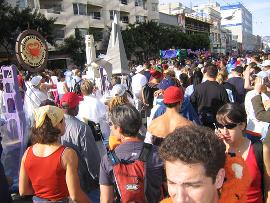 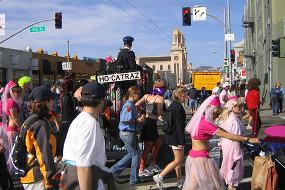 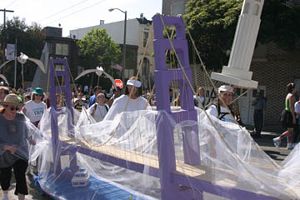 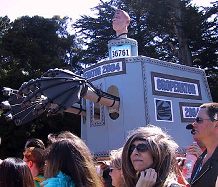 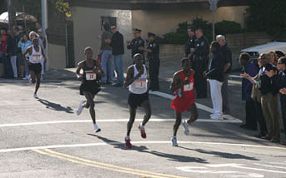 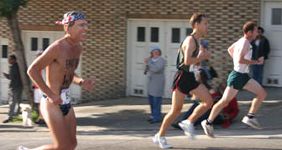 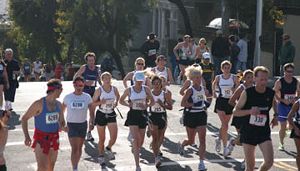 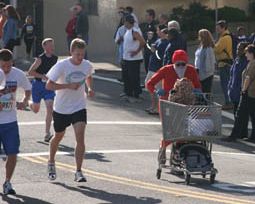 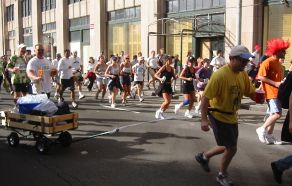 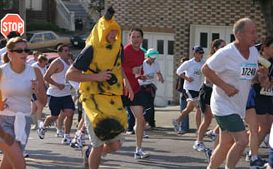 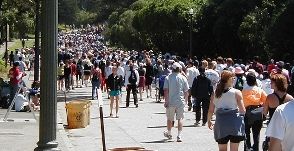 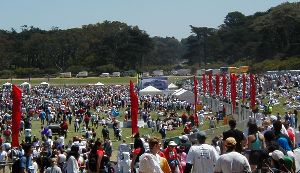 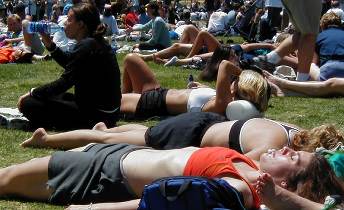 If you are under the age of 18 or are offended by naked runners (and who isn’t)…
DO NOT ENTER!